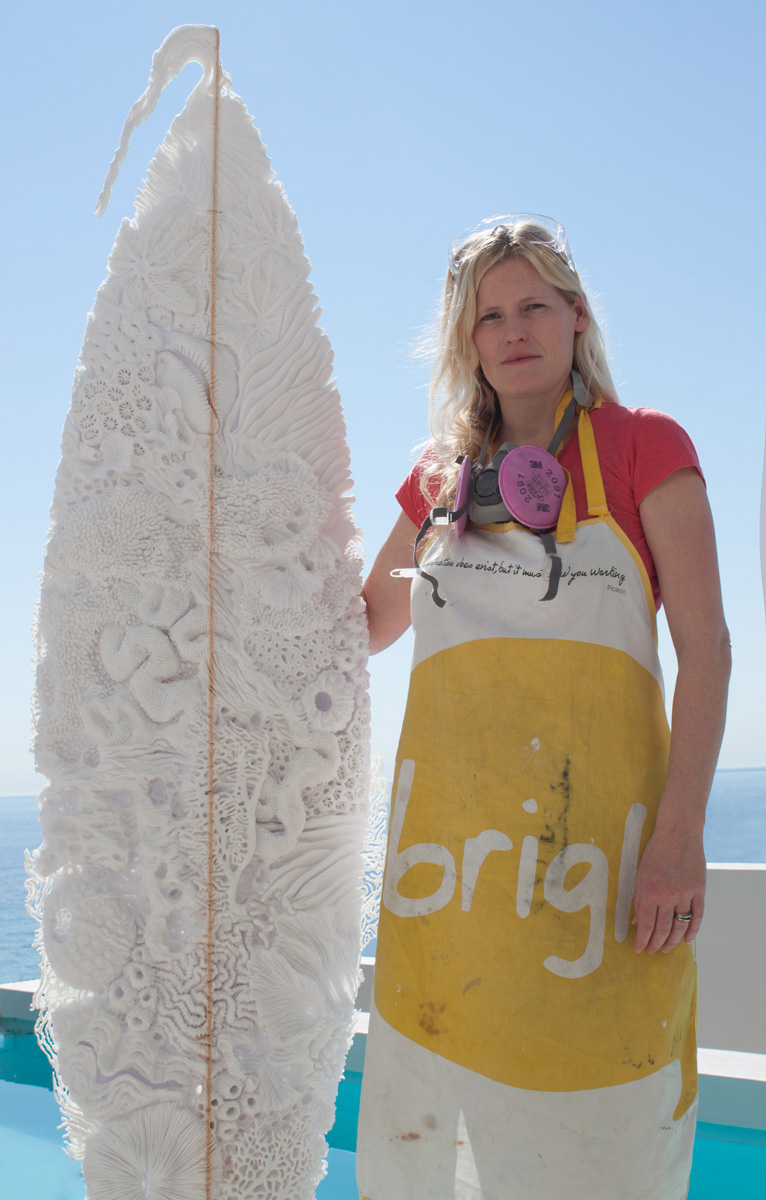 Jenna Barbe is an artist who transforms her materials into a metaphorical framework for the body. Her sculptural forms reveal or uncover a notion of the inner body as one governed by emotional states and characterised by vulnerability. Barbe’s relationship with the ocean provides the main inspiration for her transformation of surfing equipment into an exposition of self-inquiry, identity and the human condition. Her works reflect the conflicts, coping mechanisms, protective barriers and fake coverings that humans construct in order to cope with society.

In her surfboard series, Barbe carves an intricate network of coral and seashells into reject surfboard blanks. The surf industry discards many polyurethane foam boards, these Barbe repurposes in the production of her works. By carving the surfboard, she renders the object too vulnerable for its traditional use in the ocean. In its new fragility, the board is transformed from a functional to a metaphorical object.

Barbe’s transformation of materials is an activity that seeks to bring hidden forms of suffering and distress into consciousness. She addresses the conflict that occurs between an inner emotional state and a projected external physical image in her artistic act of revealing an imagined beauty beneath the perceived skin of an object. Her works reflect her own healing process and seek to restore dignity to suffering.