PLEASE JOIN US AT SALON91 FOR A WALKABOUT WITH ARTISTS PAUL SENYOL & ANDRZEJ URBANSKI, AND AUGMENTED REALITY EXPERT JOHAN WALTERS FOR A GUIDED TOUR THROUGH A VACANT PASSAGE – SAT 5 OCTOBER STARTING AT 10 AM… 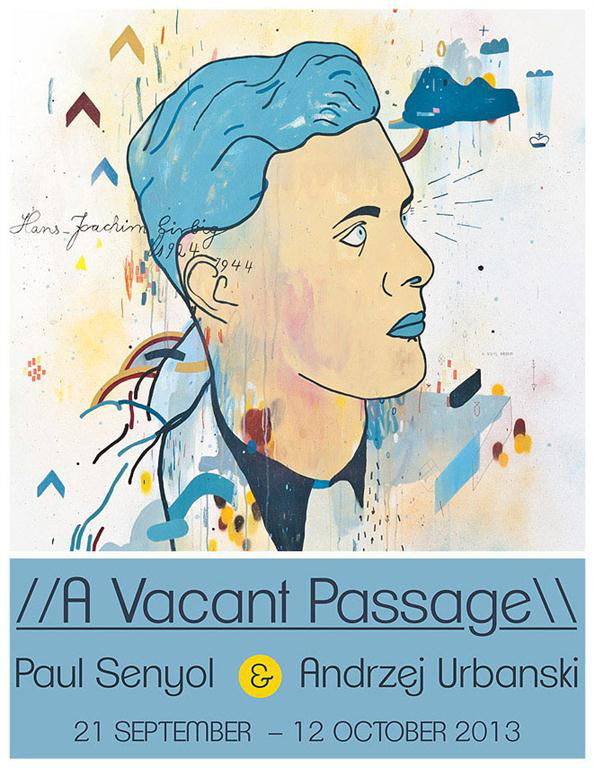 There is a beautiful synergy that exists between Paul Senyol & Andrzej Urbanski’s paintings. A VACANT PASSAGE is the story of two artists traveling and leaving behind remnants and legacies, told and expressed through powerful & uniquely abstracted artworks. Andrzej Urbanski [Pol/Ger] and Paul Senyol [Zar] first met during Urbanski’s residency in Cape Town in June of 2012. Soon they began to discover the many similarities, which exist across their individual artistic practices and approaches, even though the execution of their work differs radically.

A VACANT PASSAGE presents an all-new body of work from Urbanski and Senyol respectively, as well as some collaborative pieces, all of which relate to their history and the common happenings of the years when both artists’ families experienced the repercussions of The Second World War. The works on exhibition reference a time and a place, which no longer exist. Both artists having experienced this particular location in a different context, come together to seek out and construct a narrative from the puzzle pieces of a past, which neither has any actual recollection of, other than a shoebox filled with photos, newspaper clippings, essays as well as stories handed down from generation to generation. To the artists, Germany is a vacant place, Poland is a vacant place, and some day, South Africa too might become a vacant place.

While the subject matter may seem very specific, the works carry a truly universal message. The exhibition will feature a unique AUGMENTED REALITY aspect, which will further enhance the level of accessibility, as well as the viewer’s experience of the exhibition by means of user-friendly computer software & technologies. Visitors will be able to download the software to devices such as Smartphones & Ipads to enjoy an enhanced experience, which will offer further insight into the artists, their stories and the works on show. The exhibition flyer, the shopfront and the artworks will be layered with interactive digital content. Viewers can expect to see medium to large-scale paintings varying from monochrome black and white, to beautiful hues of colour on paper and on canvas, as well as a number of collaborative works.

Andrzej Urbanski (Born 1983) is a German visual artist of Polish ancestry, currently residing in Cape Town. Andrzej’s early artistic background has developed and evolved over the course of 16 years spent painting, creating sculptures, being involved in several art projects, exhibitions and teaching positions around the globe. The artist holds a Masters Degree in Fine Arts, attained during 2012 from the EAE (European Art Ensemble) at the ECAL (University of Art & Design) in Lausanne, Switzerland and a Bachelor of Arts in Communication Design/Graphic Design from BTK-FH in Berlin since 2010. In June of 2012 Andrzej completed a residency at /A WORD OF ART as a part of his studies. The mandate for the EAE program states that students must engage in dialogue with foreign scholars and institutions, holding at its core the need for interpersonal connection and foreign travel to gather experience and exchange ideas between art professionals, educators, and students. Aside from his finished thesis research, Andrzej is interested in exploring the process of creating work in different social environments around the globe, drawing influence and inspiration from architecture, landscape, photography, design elements and media/advertising & of course from the other artists he encounters on his journey. His main artistic focus is on human social behaviour and learned or innate reactions to varying shapes and colours.

Paul Senyol was born on the 25th of October 1980 in Cape Town, South Africa. Paul has been drawing and painting since his early high school years, however never pursuing any form of artistic or graphic training. At age sixteen, he discovered the freedom of skateboarding and punk rock music in the beautiful suburb of Welgemoed, where he grew up. This naturally became a key influence in his early drawings, sketches and paintings, while skateboard graphics, album covers, magazine layouts and illustrations played a role in developing his aesthetic eye. Around the same time, he also became exposed to the creativity of graffiti and street artists such as Marc Gonzales, Ed Templeton, and Barry McGee – all of this forming part of his early art education. A few years later Paul was introduced to and moved by the creative thought and artistic genius of Jean-Michel Basquiat, Andy Warhol, and Cy Twombly respectively. Senyol’s lack of formal training and schooling has given him the freedom to break away from traditional notions of painting, to explore genres and styles, and to meld mediums, allowing him a creative freedom that flows so evidently through his work. Senyol’s art lingers gracefully and intentionally between beauty and honesty and brings a surreal, yet abstract world into being. His current work focuses heavily on narrative, shape, line, form, composition, colour & texture. Each faint line, bold brushstroke and shape is carefully composed to breathe life into its environment, reflecting something of light, serenity, experience and thought. His finished work seeks to engage the viewer through translating his own experiences to canvas, allowing an open discussion and translation of his work. Senyol has exhibited extensively throughout South Africa and abroad. This year Paul has been nominated as a finalist to the Absa Atelier Competition 2013. He currently works from a studio in Woodstock, Cape Town.

3. For all devices: Download a QR scanner app as there will be QR codes as well. 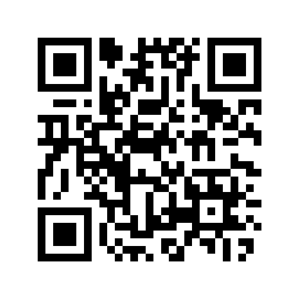 courtesy of  THE ART TIMES 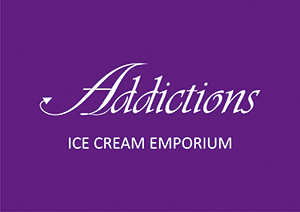 “I believe I can be better than the machine.” The street runs deeply in his blood. Urbanski left his days of full-time train bombing back in Berlin where he started writing in his teens and now creates large, shimmering, optically bending spaces composed from the architectural squares, triangles and hexagons of today’s contemporary built environment. The years as an undergraduate student in the very newly de-walled Berlin was a time of devotion to graffiti for this Polish-born but German-homed artist. It was only after he had received his BA in Communication and Graphic Design (BTK-FH, Berlin) (2010) and set off to complete an MFA at the University of Art and Design in Lausanne, Switzerland (2012), that Urbanski left the train yards behind to pursue a more traditional form of painting full-time. The works you see before you today are a culmination of that biography, a testament to abstract art as a direct engagement with the world, not a withdrawal from it. Since his 2012 Residency in South Africa Urbanski has devoted his time to the streets, cultures and social interactions of his new home city, Cape Town.