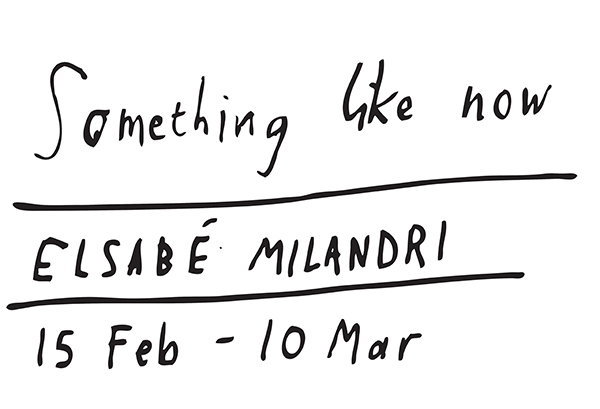 A solo exhibition by Elsabé Milandri

Cape Town based artist, Elsabé Milandri, will present her 4th solo exhibition to date at Salon91 in Cape Town from February to March 2012. This body of work is intended as a kind of letter to the artist’s children when they are the age she is now (they are now respectively 2 and about to be born) to give them an idea of the present in general and their parents’ present in particular. Photographs from places they’ve been and cellphone shots of family and friends are painted in ink on paper, some in black and white, some in vivid tones. Paintings of critically endangered animals are accompanied by stories about the mundane (not unlike Facebook status updates), questioning our attitude towards mass culture and loss, and environmental concern is visualized in terms of caring for our children. Faux info charts, maps and graphs lend (faux) authority, objectivity and credibility to this body of work. Phrases and segments of conversations are used in the works to give them an idea of what our beliefs, fears, hopes and language were like. ‘Something like now’ sees Milandri covering a wide spectrum of themes from the every-day, the family unit, the internet, social media, nature, environmental concerns, culture, animals, identity, the arbitrary, the abstract, portraiture, landscape, the scientific, the bizarre, the intimate, the in-between, the ambiguous and the miraculous, resulting in a truly rich viewing experience not to be missed.

Elsabé Milandri was born in Pretoria in 1980, where she also completed her BA in Fine Art at the University of Pretoria (2002). She then moved to Cape Town to do a Masters in New Media at the Michaelis School of Fine Art, UCT, 2006. Since 2010 she has had two solo exhibitions in Cape Town, and one in Pretoria and has taken part in numerous group exhibitions in the two cities. In 2009, she spent the year working as an artist in Italy. Elsabé has lectured at various institutions in drawing, new media, videography, illustration and design. She currently lives and works in Woodstock, Cape Town. With her husband and her two children.