This October The Lovell Gallery & Salon91 Contemporary Art Collection join forces to present GATHER an exhibition by visual artists Augustine Kofie & Paul Senyol, whose works grace the streets and galleries of LA and Cape Town, respectively. GATHER will include works by the individual artists in their signature styles, collaborative works by Senyol & Kofie, as well as a true pièce de résistance, a historic racing Porsche 911, which will be transformed into an object of art inside the gallery as part of this exhibition.

Augustine Kofie (born 1973) is a self-taught artist living and working in Los Angeles.  He has exhibited extensively worldwide with seminal shows in New York, California, Japan, The Netherlands, Germany and Switzerland. The artist has been featured in Juxtapoz, The Huffington Post, LA Weekly, Project Room and Studio Voice. Kofie is internationally renowned for his awe-inspiring technical skills, employed to create his unique abstract compositions, characterized by simple geometric shapes, exact lines & smooth colour – complex yet elegant and in a league of their own.

Paul Senyol (born 1980) has been drawing and painting since his early high school years, however never pursuing any form of artistic training. Graffiti and street artists such as Marc Gonzales, Ed Templeton, and Barry McGee have all been major influences in his work, and in later years, the artistic genius of Jean-Michel Basquiat, Andy Warhol, and Cy Twombly. The absence of formal training has given the artist the freedom to break away from traditional notions of painting, to explore a variety of genres and styles, and to meld mediums, allowing him a creative freedom that flows so evidently through his works. Senyol’s art lingers gracefully and intentionally between beauty and honesty and brings a surreal, yet abstract world into being. Geometry, line, shape, composition, typography, abstraction and colour form the key elements in his work. Senyol has exhibited extensively throughout South Africa and has shown in a number of exhibitions in Europe. He currently works from a studio in Woodstock, Cape Town, and is represented by Salon91 Contemporary Art Collection.

Kofie and Senyol have both succeeded in developing their own unique abstract- & street- inspired artistic identities without any formal training. Process, balance, geometry, layering and typography are common elements, which link these artists’ works together. The pairing of Kofie and Senyol’s practice in GATHER results in a richly diverse visual dialogue and outcome, coexisting beautifully and harmoniously within the gallery space. GATHER further invites the viewer to be witness to the art-making process of two original contemporary street- and fine-artists in their own right. A world-class exhibition not to be missed!

Images are by Gregor Rohrig  gregor.rohrig@gmail.com 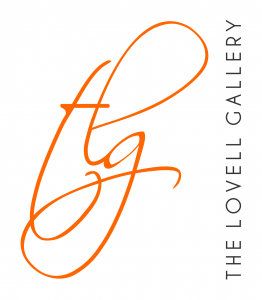 NOTICE | The gallery is now open by appointment only. Please contact enquiries@salon91.co.za to book a viewing slot.